(Oct. 1, 2018) – “Phil Robinson represents a new generation of leadership that we need more than ever in Columbus. He will fight for quality education, protect consumer rights and workers’ rights, and expand opportunity so that all Ohioans see their hard work pay off. I’m proud to support his candidacy for State Representative in the 6th District.” – Sen. Sherrod Brown

“Time and again, Senator Sherrod Brown has proven that he’s an advocate for working Ohioans, women and families. I am humbled to receive his support and vow to stand alongside him to augment his efforts at the federal level by fighting for the same groups in the Ohio statehouse. I thank Sen. Brown for his endorsement and support of my effort to bring balance back to the Buckeye State by ending the super majority held by Republicans in Columbus.” – Phil Robinson 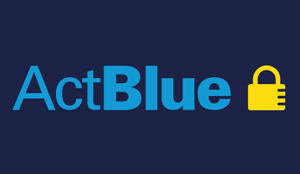